Foodstamp featured the talents of Art Liboon and Gannon Hall and can be seen HERE at the H.O.R.D.E. Festival in 1996 gettin' down with some funkiness.
Posted by Neil A at 8:33 PM No comments:

Check out Mordred doing 'Falling Away' live in Alst in Belgium from April 1992 HERE at You Tube
Posted by Neil A at 8:29 PM No comments:

Link HERE
Posted by Neil A at 6:50 PM No comments: 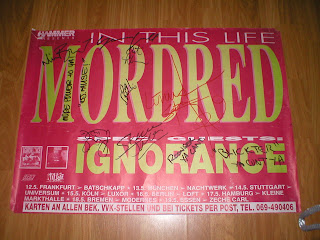 One of my best homeboys Terry 'Dred' Cameron shares with us his most notable Mordred memory, and also check out the signed poster which Tel won from Ebay, with the bands signatures alongside Ignorance.

"Thought i'd share my memories from a Mordred gig at Londons Marquee. Chilling outside watching the band members casualy chatting in the light rain, excited, anticipaiting the gig.Amazing gig with The Organization supporting...and coming on with mordred to do 'Sweat Leaf' as a finale. Great stuff!The set featured all the usual stuff and some of the tracks from the 'Vision' album, which I feel honoured to have seen live. Scott was his usual slick self, I think he even came on with a cane! Pause was bobbing about with his beer can spinning on his turntable decks!!!The room was so full of energy and it was getting so hot in the backroom of the club.I was wearing a white Ice-T 'Original Gangster' t-shirt, it must have stuck out a mile in the dark room that was about to burst into life.Scott points it out to Pause. The vibe in the whole place is amazing, Mordred seem the only Metal band to have been able to bring together so much versatlity and various genres of music and still make a venue feel so alive with electricity."

Stephane from France added, "hi neil, i would like to thanks you for your site about mordred , remember me these fantastics years of funk metal , i have seen mordred in the gibus ( paris) and is the one of the best gig of my life"
Posted by Neil A at 11:07 AM No comments: 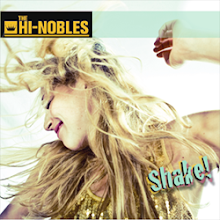 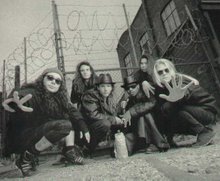